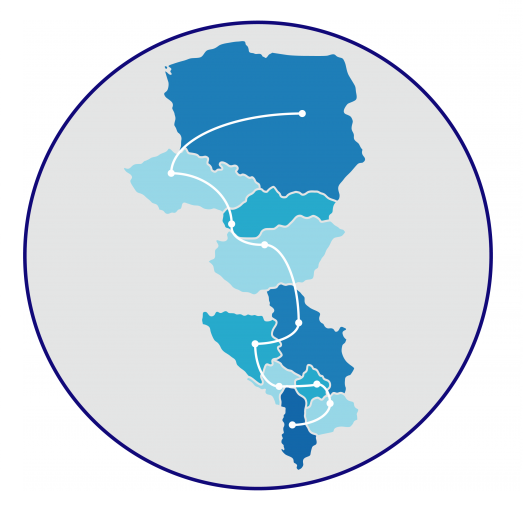 We are proud to announce that we will be organizing the project ''From Warsaw to Tirana: Overcoming the past together'', supported by the International Visegrad Fund.

The project is supported by the International Visegrad Fund.

Reconciliation and good neighbourly relations are among the key priorities of the Stabilisation and Association Process of the Western Balkans, on its way from the burden of past conflicts towards a peaceful European perspective. In the framework of the momentum created by the Berlin Process, in February 2018 the EC’s “Enlargement Strategy for Western Balkans” introduced six flagship initiatives paving the European path of the region, with reconciliation and good neighbourly relations being one of them. On this path, the establishment of the Regional Youth Cooperation Office (RYCO) constitutes a positive step towards fostering the reconciliation and stability process, along with the education of younger generations to finally move away from hatred and infighting that tore the region apart. The Western Balkan countries have also established another regionally-owned organisation - Western Balkans Fund (WBF) – based on the Visegrad cooperation model and with the assistance of the V4 countries. Despite the ambitious objectives, these two bodies are still young in experience and potentially vulnerable to political elites’ influence in cases of bilateral disputes. For the reconciliation process to speed up and be more effective, regional ownership, stability and sustainability of these reconciliation initiatives still need to be strengthened. To fight the vulnerability of these initiatives to political influence and instability, strengthening of civil society, bottom-up formation of the reconciliation process, and support to the bodies responsible for it is of a key importance.

The specific objectives are:

(1) to identify and analyze good reconciliation practices in the Visegrad countries;

(2) to generate an evidence-based debate on the current reconciliation process in the WB and its future perspective;

(3) to advocate for an enhanced and more structured reconciliation process in the region.

In particular, the project proposal will strive to follow a two-strand parallel approach, namely to establish a common position on the need to enhance the pace of youth reconciliation and ownership in the WB (the Joint Position Paper) and to identify the practices applied in five reconciliation cases – between Poland and Germany, Czech Republic and Slovakia, Slovakia and Hungary, Hungary and Serbia, and Albania and Serbia – followed by concrete recommendations on how to ensure sustainability of the reconciliation process initiatives in the Western Balkans (especially with regards to RYCO and WBF overall goals). The applied evidence-based approach will be followed by advocacy activities with main stakeholders in the region, and a knowledge-transfer workshop with key beneficiaries to enhance further their capacity to autonomously apply this practice.

The planned deliverables under the project are following:

Over the course of the project implementation, eight events are expected take place: coordination meeting of authors of the Joint Position Paper, public event presenting the Joint Position Paper in Warsaw, public presentation of the five case studies in Budapest, closed-door workshop for RYCO, WBF and other interested actors in Tirana, and public events with presentation of the final report in Belgrade, Tirana, Prague and Brussels.